Karlovy Lazne (Charles’ Spa) easily matches the world’s greatest clubs. It has everything: it’s huge, there’s a big, eclectic, hyper-diverse crowd every night, its technical equipment is world class and its recently refurbished interior is a jaw-dropping spectacle.

A night at this incredible 5-story megaclub is a once-in-a-lifetime experience leading you to the edge of reality. It’s not for nothing that Karlovy Lazne draws visitors and DJs from around the world — and it’s not just it’s sheer size (it’s the biggest night club in Central Europe). Karlovy Lazne is a thrilling must see even for those not otherwise inclined towards clubbing. If you love to party, there’s no question this is the place to be in Prague! 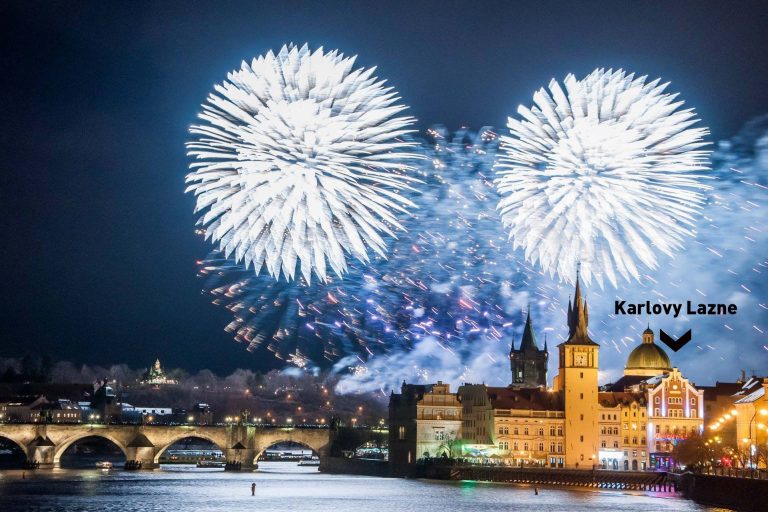 History of the 5-story club

But first the location: Karlovy Lazne occupies a 14th-century spa, right by the Vltava river with Charles Bridge just a stone’s throw away. The mosaics from that time remain part of the club until today. On two floors even the pools remain. And although today there are no more aristocrats soaking in hot water to forget about their dreary days, it still gets hot and wet — if from sweat or spilt drinks becomes harder and harder to say as the night progresses. The ancient pools now serve as dance floors. Bars, seating and sofas are arranged around them.


The original spa eventually turned into a cafe. Czech poet and journalist Karel Havlíček Borovský’s paper was also published here for some time. After a fire, the building was abandoned and fell into a state of decay in the second half of the 19th-century.


Renovation began some time after the Velvet Revolution in 1989 and finally, in 1999, Karlovy Lazne opened its doors — the project was hugely ambitious at the time and proved an enduring success. The club has been the most-visited club in the region every year since it opened. It’s constantly being upgraded, reimagined and redesigned, boasts one of the most cutting-edge sound systems in Europe and an elaborate, hyper-modern interior design.

For Those Still Reading

Always ahead of the curve, Karlovy Lazne introduced the world’s first vinyl-spinning robot DJ in 2017 and, as of this year, there’s a robot barkeeper. The tireless, two-armed device currently mixes 16 different cocktails and is truly mesmerising to watch

There’s always at least one bar and dance floor. In fact, each floor is like a separate club, with its own theme, name, design, style of music and totally unique interior design. 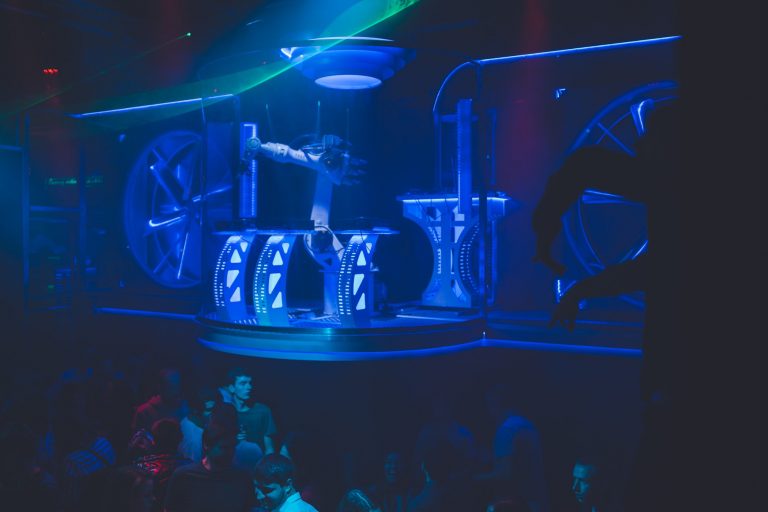 Expect chart music, a huge LED panel and a video-screen dancefloor. This is also where the innovative Oxygen Bar is and the Ice Pub. The Oxygen Bar serves highly-concentrated oxygen infused with essential oils to ease your hangover the morning after. In the Ice Bar everything you can see or touch is made of ice and the temperature never rises above -7° Celsius (jackets are provided).

Climb into a 14th-century pool turned dance-music dance floor with impressive laser and light effects to match. This is also where the Hypercube, a trippy, immersive laser light show, happens.

One of Karlovy Lazne’s strengths is it’s big enough to really offer something for everyone. This is the retro floor with guilty-pleasure music from decades past, vintage decor, a dance floor made up of color-changing light cubes and a walk-through fog screen.

Here, things get much more 21-st century again, with a dance floor adorned with a huge light equaliser, beats and music for our time
FLOOR FIVE

Decorated in neo-baroque style this floor offers cushy golden couches, bean bags, soft lights and mellow music — it’s the place to re-energise when the world below gets too hectic.

Dance your heart out until the early hours of the morning on one of its five floors – with different music, dance floors and bars. Its incredible location, set in the heart of 1000-year old Prague, inside a former 15th-century spa house, juxtaposed with hyper modern light and interior design, is absolutely breathtaking – as are the views from the windows. Karlovy Lazne is the kind of place you would usually only see in movies.

Karlovy Lazne is open from 21:00 to 05:00 — 7 days a week. It draws big crowds every night of the year and it’s one of the few places where you can dance and party on a Sunday, Monday or Tuesday. Of course it’s still more crowded on the weekends so on less busy days one or more of the floors remain closed so the huge space doesn’t appear empty.

The admission fee at Karlovy Lazne is 250 CZK (ca. 10 EUR) during the week and 300 CZK (ca. 12 EUR) on weekends. Karlovy Lazne is notorious for long lines at the door — waiting times are often 45 minutes or longer. If you get a VIP ticket or go on the Pub Crawl you don’t have to wait.

Go with the Prague Pub Crawl

The Place was Buzzing!

After hopping few bars and clubs around Oldtime Square we ended up in Lazne and honestly this was the only place worthwhile visiting. Unlike other places this club was actually buzzing from top to bottom. Door fee was about 7 pounds, draft beer about 1.5 pounds.
JORGE

Leaving Prague - Night Out to Remember

We planned to close out our European trip here, meeting other groups for a final night out. It seems to be an international melting pot as you can meet a lot of out of town (international) people. we even met some fellow Colombians. We visited several clubs on our journey but this was the best experience for us. 5 floor with different vibe, music, interior. Left Prague buzzing thanks to Karlovy lazne. See you next time.
MINOSHKA VAZ

The Best Club in Prague

One of Karlovy Lazne’s strengths is it’s big enough to really offer something for everyone. This is the retro floor with guilty-pleasure music from decades past, vintage decor, a dance floor made up of color-changing light cubes and a walk-through fog screen.
JONAH

After hearing so much about the nightlife in Prague, I did quite a bit of searching and asking around to find that this is the place to be on a Saturday night. We visited as a bunch of friends and had immense fun. Go here, visit all the floors, go to the Ice Bar, buy a few drinks, get drunk and watch the pretty women dance. Do it.
MARY HOPE

Me and 3 other friends tried the famous Prague Pub Crawl on our first night in Prague since it was highly recommended to us by our friends who have visited Prague before. And I guess the best part of that Pub Crawl is Karlovy Lazne which was the highlight of the pub crawl. We get free entrance by showing our pub crawl bands and we get accessed to 5 cool clubs inside, We love the icebar by the way! 🙂
HERB S.

Mesmerised by the Robo Show

We visit this club every time we come to Prague. It is a great place for our group of usually about 10 people. And frankly you won’t find better combination of music, drinks and reasonable entrance fee. More than that I am always surprised by the new things they introduce. So last time we saw the robo Dj, which was fun. But now the Robo bartender is something different and amazing to watch. Mesmerizing, you can easily lose track of time watching the two robotic arms work while you are sucking on your drink.
Manage Cookie Consent
We use cookies to optimize our website and our service.
Manage options Manage services Manage vendors Read more about these purposes
Preferences
{title} {title} {title}
Book Now

At Prague Pub Crawl we use cookies and other technology to provide you with our services and for functional, analytical and advertising purposes. Please, read our Privacy Policy for more information or manage your preferences.

If you decline, your information won’t be tracked when you visit this website. A single cookie will be used in your browser to remember your preference not to be tracked.
ACCEPT
DENY